My son Jack has always loved to dance. When he was 8 years old, he would entertain the family by making up his own dance routines to popular music. So when he asked, at age 11, if he could take formal dance classes, it seemed like a natural extension. Like many other boys, his first experience in the dance world was a hip hop class. But he never really loved it and I could tell that he was becoming bored with dance, so I suggested that he take a ballet class.

Initially Jack was resistant, but he gave it a shot anyway. That was 8 years ago, and he hasn’t stopped dancing ballet since.

In the ballet world, Jack is in the minority: of the 3.5 million children studying dance in the United States today, only 10% are male. Jack was the only boy in his ballet class for the first four years of his training, until he moved to a school that has classes specifically for boys. 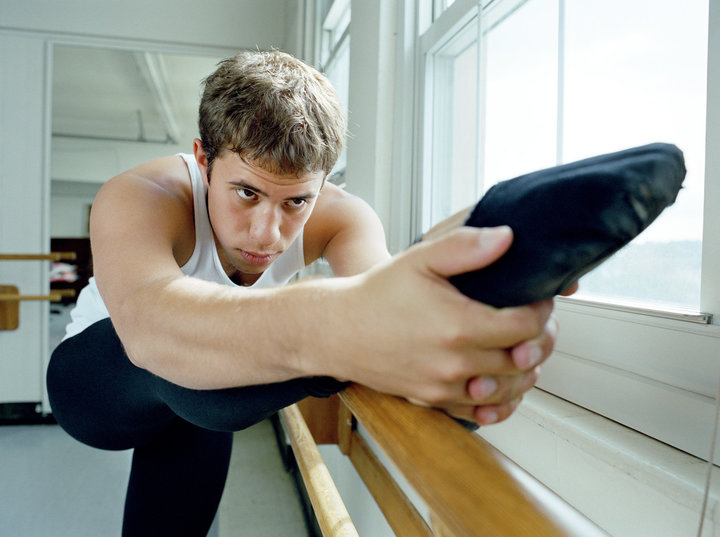 Most boys who dance ballet face tremendous resistance — from their families, from friends and from society at large. I’m proud to be in a minority, too: according to Doug Risner, a Professor of Dance at Wayne State University, only 32% of male dancers say their fathers support them dancing. Risner’s research shows that mothers play a critical role in their son’s initial exposure to dance and then in supporting his dance training. But most boys who dance do so without the support of their fathers.

I’ve spent the last two years creating a documentary about the struggles that young men face when they choose to dance ballet — when they choose to thumb their nose at what boys “should do.” While directing and producing Danseur, I’ve seen over and over again the clear cut lines we draw as a society around what boys “should” and “shouldn’t” do. I’ve interviewed more than two dozen dancers, and their stories are heartbreakingly similar. Verbal abuse. Physical abuse. Assault. Risner found that nearly 96% of all boys who dance have face verbal and/or physical assaults from their peers because they choose to dance.

What I found the most upsetting were the attacks that came directly from family members: Fathers, stepfathers, uncles, brothers, many of whom feared that ballet would “turn” boys gay. One dancer I interviewed no longer has contact with his birth father, who was so against his son dancing that that the relationship fell apart.

Americans are taught to praise the athlete practically from birth. We surround young men with images of football and baseball stars, we dress them in miniature jerseys and swaddle them in team blankets. That is our culture — that is our normal. Ballet dancers are artists whose training schedules rival those of elite athletes. A dancer who starts taking ballet class at the age of 8 or 9 will clock nearly 10,000 hours of training and rehearsal by his 18th birthday. Boys and men who dance full-time will log even more hours in the gym at physical therapy, keeping their bodies as strong and fit as those of professional athletes.

That is just the beginning of what so many young dancers sacrifice for their art. Most young dancers are forced into homeschooling, some because of the intense hours they spend in the dance studio each day and some because of the bullying they experience at their traditional school and other. Because for boys, ballet is not normal: the stereotypical dancer is a girl, or an effeminate gay man. And while many believe that as a society, we are making strides to be more understanding and inclusive of those who defy gender norms, the reality for young dancers suggests we aren’t striding fast enough.

This problem goes beyond ballet: we encourage perceived strength over all kinds of artistry and often force boys to play organized sports while diminishing the role of the arts in schools. As a society, we are failing not just ballet danseurs, but boys who want to be violinists or actors or sculptors.

Many of the boys and men I interviewed accepted the bullying and abuse, giving those who torment them the benefit of the doubt. They chalked it up to ignorance or to cultural background. Some almost blamed themselves for the bullying they endured. Peter Weil, who dances with Pennsylvania Ballet, told me, “It’s not normal to be a boy and dance ballet, with all the women and the tights.” Perhaps it was just easier for them to accept the social standard and agree that it’s just not normal for boys to dance ballet.

In order for any of the boys I interviewed to be successful in their pursuit of ballet, they needed a very strong sense of self. It was their defense mechanism: they, unlike the vast majority of boys, simply did not care if they did not fit in. They were going to be who they were, no matter what their peers — or their parents — thought of them.

True happiness, we’re so often told, comes from doing what you love. That’s the advice we get from buttons, T-shirts, memes and the self-help industry. But in my son’s case, that advice should come with a big disclaimer: doing what you love may cause you to be a social outcast, called a “faggot,” physically assaulted by your peers or generally ostracized by family and friends.

The boys who choose ballet really know what they love and want to do for the rest of their lives, and they have to fight to get it. It is inspiring to witness. We should all be so lucky.