“If this were not the arts, it would be considered a child health crisis.”

When filmmaker Scott Gormley’s son hit seventh grade, he suddenly became anti-social and withdrawn. “He went from a group of 25 kids that he would hang around with to being home every weekend and only associating with one or two girls. And that kind of struck me funny,” Gormley told HuffPost in a phone interview. Gormley feared the worst — harassment, or, God forbid, sex abuse. Pressed to talk about the change in his behavior, Gormley’s son, who had been studying ballet since he was very young, revealed that “his friends couldn’t accept that he was a dancer,” and had ostracized him from their social group. “I just couldn’t believe that,” Gormley says. “I was flabbergasted that in this day and age people would shun you for wanting to dance ballet.”

Gormley soon discovered that his son was not alone, and decided to explore the idea of making a documentary about the experiences of young boys and men who dance ballet. He found dozens of parents willing to talk about what their sons were going through. “I put out a post on a message board that had many parents on it, and in a matter of hours — not days — I had a full inbox of ‘Oh my God, my son experiences this,’ or ‘You have to talk to so and so.’” Soon Gormley was hearing from adult professional dancers who wanted to tell him about their experiences, and the project ballooned into a full-length documentary film, “Danseur.”

However, not all parents were so willing to talk. Gormley interviewed many boys and young men whose fathers, especially, were unsupportive of their ballet. “There were men whose dads won’t come to performances, or if they were there it was purely window dressing and they weren’t participating. One young man still doesn’t speak to his birth father because of it.” Gormley says. “It shocked me personally because I can’t imagine not supporting my son no matter what he chooses to do. I mean, I have a son who plays hockey and a son who dances ballet. Would I love any one of them any less because they chose to play hockey or dance ballet? It’s a ridiculous notion.” 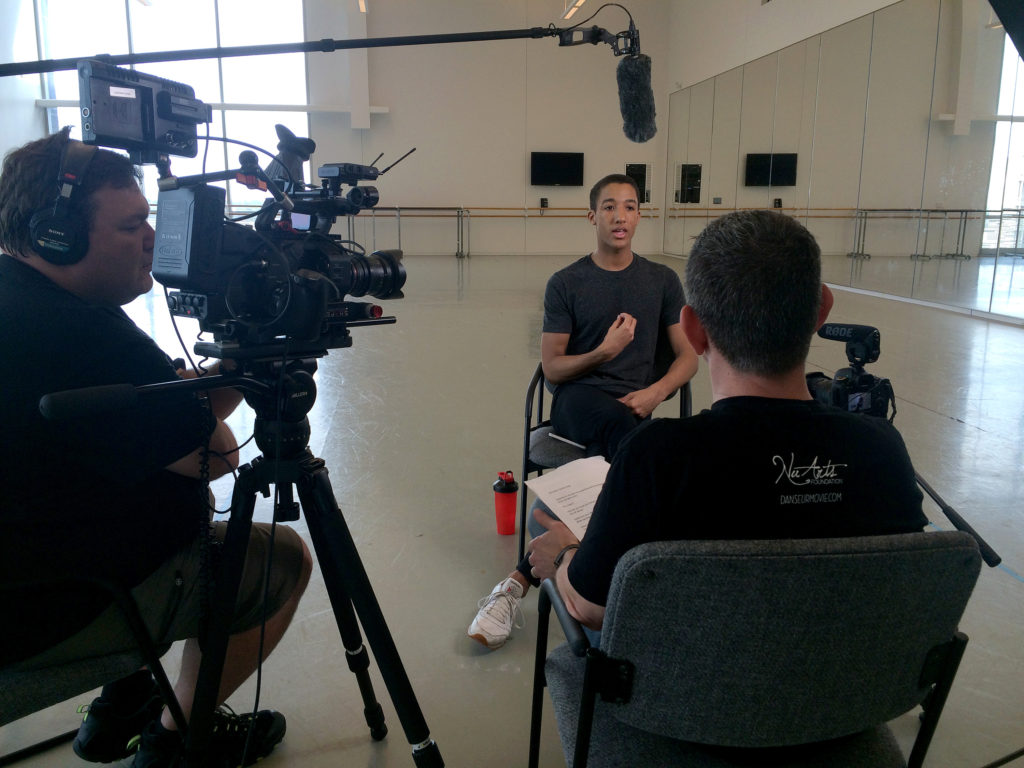 John Lam, a Boston Ballet principal dancer, says that when he was 14 and was offered a spot at at an elite ballet boarding school in Canada, his father didn’t want him to go. “He said, ‘You have to stay home, I don’t want you to be gay.’ So I said, ‘Okay, I won’t be gay. And I just lied in front of my parents.’” Lam has been a professional dancer for 15 years, and his parents have never seen him perform.

Risner’s findings suggest that Lam’s experience is distressingly common. While boys in their study reported teasing and harassment at the hands of “football jocks” and “sports boys at school who think they are soooooo cool,” many said they get the least support from their fathers. “It’s horrible for these young boys,” Risner says. “They report their fathers, their male siblings, uncles, stepfathers, are the least supportive. And in fact are almost a barrier to their dancing.”

Risner says Gormley’s film captures the contrast between the passion so many boys feel for their art form and the rejection they feel when their fathers don’t support them. “It’s so poignant in the film because you watch these young men, these boys who are so present and engaged and into dance and the physicality and the creative expression,” Risner says, “and then you get them talking about their experiences of bullying and harassment and the lack of support, and you can see that it just wrings them out. They just lose everything. They become ashen.”

Of course, fathers often are supportive of their sons’ passion for ballet. And while many of the boys in Risner’s study report that they get the most support from their mothers, not all mothers are on board with their sons studying ballet. Gormley says he’s been unable to interview at least one boy because his mother refused to sign a release form. Another boy’s mother refused to drive him to his interview, just as she refuses to drive him to ballet class — ever. “It  was clear that he was wrestling with not just being a ballet dancer, but potentially being a young gay black man who wants to dance ballet,” Gormley says. “I can’t imagine what he’s struggled with. He’s a gorgeous dancer, too. It was just heartbreaking.”